If WV legalized and taxed cannabis, it’s estimated we’d add $194 million to the budget, which is roughly 2/3 of the projected hole in our 2018 budget.

These figures are publicly available.

To be clear, even that huge figure doesn’t account for increased revenue we’d receive from a boom in tourism. Colorado collected more than a billion dollars in revenue from tourism last year, with nearly $20 billion spent by 78 million visitors to the state. WV would not see that much in Year 1 of legalization, but it’s a wonderful future revenue stream that is sustainable, will provide jobs, and will improve our state for our citizens, too.

WV could  expect increased revenue across the state not only for tourism-related businesses but other small businesses in tourism areas (near state and national parks, for example), that would further fill the hole in our budget—we might even see a surplus of revenue when people started having money to spend.

In fact, even if our state did nothing but decriminalize cannabis, rather than fully legalizing it and taxing it, we would save $17 million because we wouldn’t be wasting money arresting, prosecuting, and incarcerating people. It would free up our police and our justice system to deal with more serious crimes that have victims.

Notably, while the 2016 WV Democratic Party Platform supports full legalization, there have been many Republicans who support changes in the cannabis laws, as well. The last cannabis bill introduced in WV was sponsored by both Democrats and Republicans, and the medical cannabis bill that passed here last year had champions and opponents on both sides of the aisle.

But cannabis legalization has also failed here under both the leadership of both parties.

In West Virginia and elsewhere, cannabis is just NOT an issue of party.

If it’s not a party thing, who opposes legalization, then?

In 2016, among the “Cowardly-obstructive Politicians” were both major party candidates for WV governor, who refused to issue positions on cannabis legalization. Joe Manchin repeatedly claims he has to “learn more  Charlotte Pritt (Mountain Party) and David Moran (Libertarian Party) both supported legalization.

There are politicians in both major parties who do support legalization (click here to see how you can support pro-legalization candidates in WV for 2018.)

I am pro legalization because, among other things, I know that in states where legalization has occurred, opioid overdose deaths have dropped–something so important for WV, as the state with the highest heroin overdose death rate in the nation. Much of this problem occurs for us because of the way our resource curse exacerbates circumstances that lead to drug problems, and another reason that stands out is WV Attorney General Patrick Morrisey‘s ties to the drug industry. As you can guess, Pill-pushing Patrick Morrisey opposes legalization, and qualifies as “Greedy Politician posing as Uninformed Pol,” pushing myths that don’t jive with actual data.

The truth is that high-school drop-out rates don’t increase with legalization–and some studies show they fall, along with arrest rates and traffic fatalities. I also know that experts report WV has the “near-perfect climate” for growing cannabis, and that we desperately need sustainable industry here–particularly when cannabis is especially good for mining reclamation areas. And finally, it doesn’t take a genius to realize that if we can enter the market now before neighboring states legalize, we can be positioned to be THE tourist destination in this part of the country, and we’ll be diversifying our economy in a way that can help our budget.

Where do your politicians stand—do you know?   You can use the senate roster and and house roster to contact your current representatives. Visit candidate websites to find out if they opposes cannabis… and if so, on what basis. It doesn’t usually take too long to get a feel for their position.

But be sure to check to see where their campaign money is coming from… because Greedy types are not going to admit that they are for cannabis prohibition because of the money. They’re simply going to give you reasons they don’t believe in–but which will keep them rolling in dough. 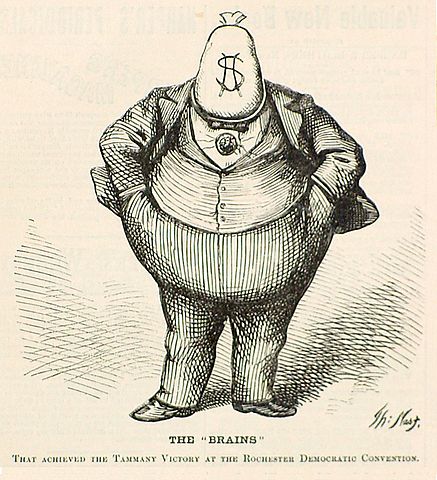 Some Greedy Pols will wear the mask of the Morality Police, and claim ethical or religious opposition without providing any other rationale. Others, by contrast, will adopt the modus operandi of the Uninformed Politician, and will attempt to make arguments for prohibition that are just not supported in fact. They may also claim, in a meta fashion, that support of legalization will make it harder to win elections.

They are hoping you’ll not have seen the polls and the data–and they’re especially hoping you don’t use logic or reason. If voters begin to use their power and VOTE OUT politicians who have been bought and paid for, they’ll lose all their power and influence.

Hold them to account with your vote. If you support legalization, then donate to the candidates who will fight for it.