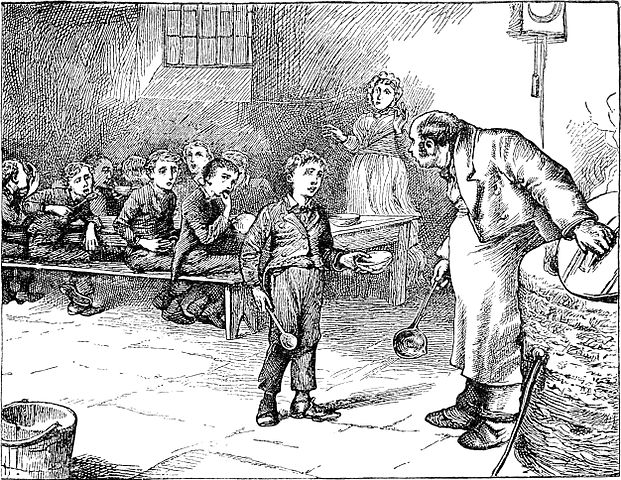 West Virginia has a “Resource Curse.” Intuitively, you might think that resource rich areas would become very wealthy—you might assume it’s a blessing. However, studies show that areas rich in resources are also impoverished; the extraction concentrates poverty. And we know that well here in WV. Our families have been living with that curse for time out of mind. Read on for details.

As one example, here in Ritchie County, Antero Resources expects to produce nearly 1.5 billion pounds of solid toxins per year (2000 tons per day) with its proposed Frack Waste Dump. Their plan is to fill nearly 500 acres of our hollers with frack salts, impacting 89 streams, five miles worth, plus 11 wetlands.

They have not, of course, bothered to complete impact studies for the streams. Antero is not concerned about impacts that don’t have to do with their bottom line.

That’s a bold statement… but I say that because Antero is choosing to locate its Frack Dump within the “Zone of Peripheral Concern” for the Hughes River Water Board’s public water intake. Antero reps landsplained to us that the location had many benefits—for them. They did not explain why locating within the zone of concern would benefit us. It’s OUR zone of concern—not theirs.

So I emphasize: Antero’s actions show they are only concerned about their bottom line, not about the impact to our community. That’s why they plan to locate their facility in such a way as to threaten the drinking water of about a third of the population of this county, just a few miles up from the water intake for the population centers here in Ritchie County. This is the only public water intake in the county, and they purposefully located upstream.

Poor, rural areas get it the worst.

Our community’s opposition to the project seems to have genuinely confused Antero’s representatives.  We’re not congratulating Antero on the business acumen of their decision to concentrate their pollution on top of us and to put our community’s water at risk. Perhaps they confused buying off Governor Tomblin with doing something that would benefit the people here. Or perhaps they expected their recent public meeting to be an opportunity to bask in all the expressions of our gratitude for their ability to transmogrify our beautiful sunsets and our peace of mind into cash for themselves.

When we didn’t react with robust hurrahs to their offer that nearly 37 billion pounds of—definitely toxic, and potentially radioactive—waste that would be our community’s long term management problem—in exchange for up to 21 jobs for a few years—they were stupefied with astonishment.

Our population centers, including Harrisville, Pennsboro, Ellenboro and Cairo get their water supplied from an intake just a few miles down from what will be Antero’s Frack Waste discharge.

To put it in perspective in terms of impact to our community,  Denver County, Colorado—that’s where Antero is actually based—has a population of about 600,000, meaning that if Antero threatened its own county as it does ours, they would be threatening the water of about 180,000 people.

But it’s worse than just that. There’s also our poverty. Denver’s poverty rate is about 14%, while Ritchie’s is nearly 20%. But sacrifice zones are located in impoverished areas. They’re located in areas like ours, not areas like Denver. That’s because frack executives have specifically stated that they site “shale gas wells away from large homes where wealthy people live and who might have the money to fight such drilling and fracking operations.”

Having their dangerous operations where WE live rather than where THEY live means less legal hassle, and more likelihood of success in bringing their jackboot down on us. It also means these executives pouring so much money into our elections aren’t living with polluted water and air in their communities, nor are they living with the relentless, jaw-grinding cacophony of a pump station, nor 600 trucks a day inflicted upon their own neighborhoods.

To be clear, it’s not just that Extraction Barons are targeting WV and places like it, which would be bad enough. It’s also that the economics of extraction also causes worse poverty in communities where extraction occurs. Can this be a surprise to any West Virginian? Our state has always been resource rich, but our people have never benefited from it in any meaningful, fair-share sort of way.

This is Extraction Debt: their costs are socialized on us. Not only do we bear the negative impacts to our health, but also to our roads, and even our property rights and property values.

What the coal barons learned over the years after their pyrrhic victory at Blair Mountain is that they needed a change in strategy. They needed to wage a propaganda campaign against anyone who is working to actually help miners. They want us to forget that the needs of coal miners are different than the “needs” of coal execs and coal barons.

Think about that for 30 seconds. Seriously, take 30 seconds with this:

They want us to forget that the needs of coal miners are different than the “needs” of coal execs and coal barons.

What would YOUR strategy be to accomplish this… if you were a greedy SOB who was willing to essentially steal pensions from struggling retired miners in order to get millions in bonuses for yourself?

The strategy would be to get coal miners and mining communities to reject anything that would negatively affect the coal barons and executives. The hard truth is that while we’ll always need coal for coking, we’re not going to be producing coal at the levels we have in the past. We are not going to be getting high prices for our coal for at least 20 years. These are just facts.

But wealthy coal execs know that there’s more blood to wrest from the stones NOW if West Virginians in extraction communities can be persuaded that requiring corporate extractors to avoid fouling our air and water, to avoid leaving us paying their long term costs, is instead somehow an attack on our culture, our communities, or our traditions… rather than an effort to protect us.

The evil of that propaganda just turns my stomach. They’ve essentially been priming WV for that seduction since they saw how the Battle of Blair Mountain strengthened labor. Miners and their families are now tricked into placing their trust and faith in what are essentially the vampires of our state: ghastly Corporate Carmillas, licking our bones clean under cover of darkness.

Here’s the thing to remember: we are not benefiting from extraction. It just doesn’t work that way. You load 16 tons, and what do you get?

You get regarded as a weak-minded a resource to use up. West Virginia workers are regarded by these corporate betrayers merely as a commodity, the cost of which simply figures into their profit margins and bonus calculations. Mining towns have never been places of great wealth for residents, not even during peak production.

Poverty in Appalachia is concentrated around mining sites. And fracking sites. We have the studies showing how the impacts concentrate poverty with mining and fracking both, but we also have our eyes.

We live in a sacrifice zone. That’s what the West Virginia Resource Curse creates here. We’re providing the hard work, while the rest of the country gets cheap energy… and extraction execs become billionaires.

Remember, WV is not a state so much as it is a resource extraction colony. We have what they need, and they’d rather not give us fair compensation if they can help it. Easier to drive us out.

When New Yorkers have C8 in their water it’s cause for concern. But West Virginians? Meh! We’re allowed to suffer higher levels of poison here in a sacrifice zone. They’ve already written this area off as necessary to destroy.

In resource-rich countries, research shows extraction causes unemployment to rise, because extraction just isn’t an industry that produces many jobs. The resource curse also means that in extraction areas income gaps increase, and any growth is volatile and subject to price shocks. And there’s also the problem with governmental short-sightedness, and the failure to diversify into areas that offer sustainable growth.

Yet politicians  continue to promote this myth that somehow resource extraction helps our state, despite all the evidence to the contrary.