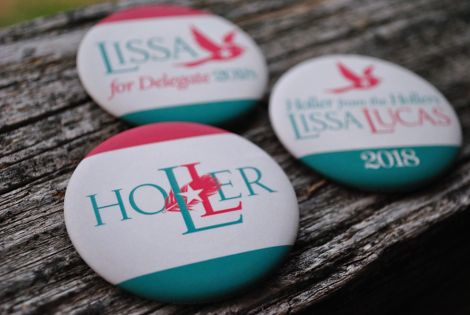 Here’s where you can get campaign swag like buttons, tees, or koozies… or just donate directly.

(We are no longer offering merchandise online, but contact me if you’re in the district and want tees, buttons, signs, koozies, or anything else. Most of this merchandise is now FREE, while supplies last, for folks in the district.)

Scroll down to read details about who is donating to campaigns in this district. 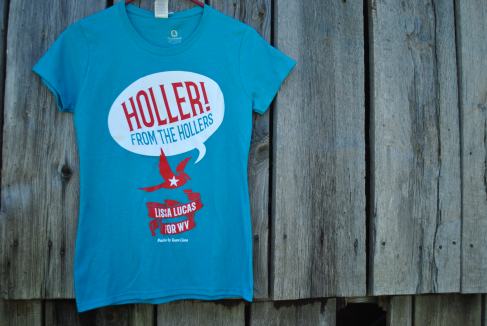 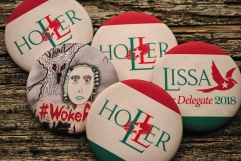 If you prefer not to make your donation online, simply contribute by check or money order, mailed to:

Who is buying elections in Ritchie and Pleasants Counties in West Virginia ?

As of September 2018, about 98% of the money donated to Team Lissa came from individuals, with an average donation of just $24. By contrast, about 75% of my opponent’s 2018 campaign money was given to him by PACs and lobbyists from corporations like TransCanada, Antero, Dominion, FirstEnergy, AEP, and Southwest Energy. They expect something for that money.

Click here to see the list of corporate lobbyists who threw him a fundraiser. It’s a list that outlines not only who they are, but also what rights they want to take away from regular people. These corporations essentially want to buy this district… and look, we’re not the only target. They’re doing the same things all over WV, because they need all those votes in order to pass bad legislation like they did this year with the Forced Pooling/Forced leasing bill.

Here’s why my opponent’s campaign finances look like they do:

Given his donors, these are the results you’d expect. But they’re not the results we need.

In this district we lack basic infrastructure like reliable water, and we struggle to provide functioning sewer and maintained roads.  Many towns have frequent boil-advisories, and water bills are skyrocketing. People here, no matter their party,  are concerned about those issues and other non-partisan, non-controversial things like protecting property rights, improving senior care, addressing the opioid epidemic, and making certain that extraction industries cover the costs of maintaining the roads they’re damaging.

That means our representative should be working to address those things—not taking our property rights away.

When the bill that would hand private property rights to corporations was debated in the legislature, I tried to use my measly one minute and 45 seconds of allotted time in the public hearing to share data showing that corporations were donating money to the same delegates who’d be voting on the bill. The result, though, was that they removed me from the hearing before my time was up. And then those same delegates, including our own, all voted to pass the bill.

The vast majority of us agree that this can’t be how our democracy functions. We can’t have our government officials wielding power simply to win corporate campaign donations and fulfill a corporate wishlist, because mere re-election can’t be the purpose of public service. That co-opts a system meant to protect us into one that exploits us.

We have to break this cycle. And we can do that here in this district, and lead the way for other districts across West Virginia.

We have a choice. Let’s use it to send a message that this cycle of selling legislative votes to lobbyists has to end.