Generations in the Hills and Hollers 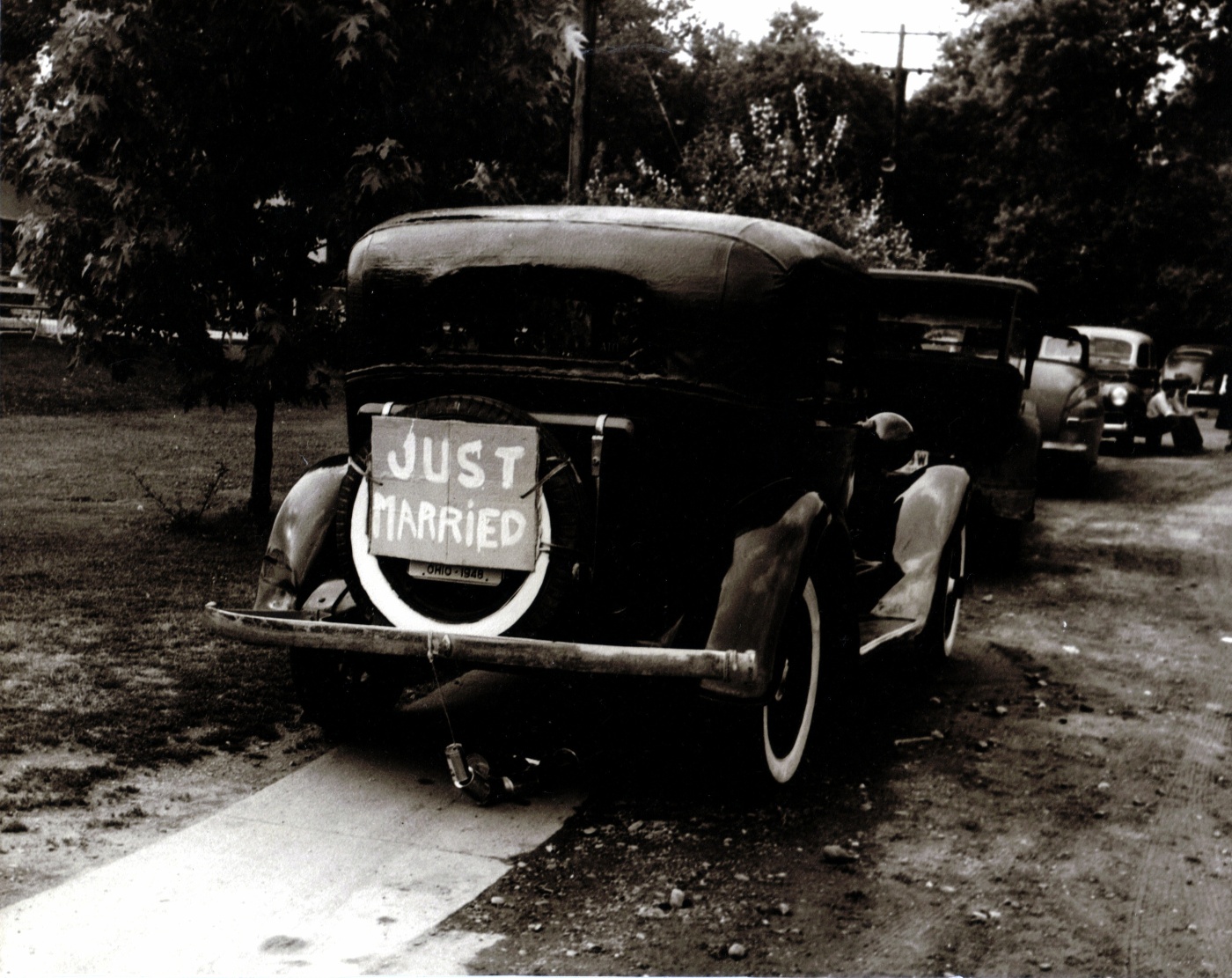 Yesterday we talked hard facts about Antero’s proposed frack dump. Today I want to talk about what our future may hold if it proceeds. I want to talk about Minden, WV. And I want to explain that for many West Virginians like me, our families have lived in these hills and hollers for generations.

Many of us aren’t especially wealthy in the way outsiders think of it. Often the only thing we really own—our only real asset—may be our home or farm. But Frack Barons like Antero’s  Paul Rady are making a concerted assault on our property values AND our water.

We have a Dream West Virginia, and this is not it. This takes us in the opposite direction.

If Antero allowed to operate that frack dump, those poisons will be here forever… but in 25 years, Antero will be elsewhere, telling you not to pay attention to some other community begging for help from their representatives, who have (alas!) all been bought off.

The landfill liners are only meant to last 30 years.

So where will that put the folks from Ritchie County, in 30 years? In 50?

Minden is a West Virginia town suffering from skyrocketing cancer rates due to PCB exposure… suffering because back in the day, industry assured them, “Seriously you guys, this stuff is SO safe!”

It is a horrific, tragic story.

The company that poisoned Minden is gone. But the suffering is just beginning. Twenty-five years ago, when they discovered how contaminated by industry the town had been, the EPA was urged to “relocate the small population we have because PCB is not really biodegradable; it stays 500 years in the soil.”

That didn’t happen. It was just a few folks, after all! What does it matter if a few handfuls of small town kids are riddled with cancer in a few years?

Now, out of 250 families in Minden, 212 have had at least one family member diagnosed with cancer.

That’s the sort of thing  all these bought politicians are trying to put into our future.

With Antero’s State-of-the-Art Cancer in our Water

Antero and their buddies are calling this dump “state of the art.” Great spin! But “experimental” is what it really is.

They’ve never done this process before; no one has.

We want to see our kids grow up healthy in one of the great Wild and Wonderful.

And note, readers, that Antero is not asking if we want to be early adopters of their experimental new tech. Antero never asked us if we would rather see their facilities located in a place that would be safe for the people here. None of the lobbying organizations, including the West Virginia Oil and Natural Gas Association (WVONGA) and the Independent Oil and Gas Association of West Virginia (IOGAWV), bothered sending an Executive Director down to talk to regular folks in Ritchie.

We’re not paying them, so why would they? They talk to their donors, not us. We’re merely voters.

It is interesting that they care so much about what people think about Antero’s frack dump, NOW… now that folks are reaching for their torches and pitchforks.

Because if our community had any say, Antero’s frack dump never would have been sited here within the peripheral zone of concern for Ritchie county’s drinking water intake. Of course not. There are a zillion and one places they could have built their dump that wouldn’t have put our water at such risk. So why put that risk on us?

It’s for MONEY of course

Antero is determined to let nothing stand in the way of profit. And they’ve been shockingly open about their reasoning.

TRUTH: WV’s cancer rate is already the second highest in the nation and rising.

It would be beyond foolish not to question lobbyists’ dubious defenses of Antero’s dump (especially given Antero’s record.)

Our community is safer without them. They’re asking us—nay, forcing us—to accept risks, noise, lights, pollution, drops in property values and losses of property rights so they can make even MORE money.

But there are things more valuable than money.

And if the industry does value safety and rule-following, what’s with Danny Webb? What’s with lobbying for #CancerCreek and the #MoreSpillsBill? Yeah, the same folks that have fought for WV water in which every single creek and stream now has a fish consumption advisory… those are the same guys wanting us to quiet down and accept the dump.

Pardon me if we’ve been burned enough times that we’re not going to just trust the folks who are pushing bad-neighbor, corporate-invader policies like Forced Pooling and Right to Trespass every chance they get. This is the industry that has called us “a pack of hyenas” for fighting to maintain our nuisance protections from Antero’s intrusive 24-7 noise and light assaults.

Generations of Our WV Families

These Frack Barons don’t care about the families who have been here for generations, who’ve gotten married, had kids here.

This is the industry wanting to get on your land and start drilling or laying pipe, whether you want them to or not… the same industry that suggests our efforts to to protect ourselves from eminent domain for private gain is “emasculating” to corporations.

Boo-hoo for the shrill little corporations whose tender feelings get hurt by our country’s constitutional property rights protections.

But hey,  you can TRUST them to tell you how exploiting us is healthy and safe and lucrative for their industry.

Those people who stand to make millions of dollars from your suffering…? They have millions of  rationalizations.

Our insignificant lives do not enter their calculations.

What they are doing to our community shocks the conscience.

It shocks the conscience

But there are those without any conscience, and they’re the ones in charge.

A woman at Jim Justice’s EQT board actually told me, without any apparent shred of awareness, that it was on residents to be able to afford an attorney if we wanted to protect our water. Antero has fleets of attorneys, so why don’t we? Why don’t we just hire attorneys?

What silver-spoon-world do they live in where hiring a lawyer to get access to justice is just A-Thing-You-Can-Do?

Well, it’s not a world in which your home or farm is your only asset. It’s not the world the rest of us live in.

According to a 2011 Congressional report there are upwards of 650 additives in frack fluid, many are toxic, and most end up in the waste. The industry itself can’t even identify many of these substances.

But here’s what you may not know.  In a 2011 NY State study,  4-nitroquinoline-1-oxide (4-NQO), “one of the most potent carcinogens known, particularly for inducing cancer of the mouth” was found in frack waste. This toxin does not occur naturally and so far as is known, isn’t added to fracking fluids. Perhaps it’s generated by interactions of other fracking chemicals; we don’t really know.

Regardless of where it came from, 4-NQO is cancer-causing even in parts per trillion, a level too low for regular monitoring. It’s used to cause cancer in lab rats. Yet it was discovered in every one of the study’s 24 randomly-chosen samples of frack waste from Pennsylvania and WV.

I wonder if that $72,640 check to the Hughes River Water Board will cover the costs of specialized testing for 4-NQO at parts per trillion… forever?

We’ve taken a bit of a trip down memory lane with my family photos.

I’ve shared some here because I want you to see remember these faces, these generations of people. We’re not so different, although corporations would like you to think so.  If you do, then Antero and others like them monetize our mountain views, our peace and quiet, our starry nights, and they transform it into wads of cash for themselves.

Antero wants to emphasize that it’s only a few people who will be suffering. Everyone else wants it!

Nope. No one here wants their country roads damaged, their properties invaded, their water endangered.

Our community is small, but that doesn’t mean it’s not worth fighting for.

That’s what the Constitution tries to guarantee: You don’t have to be rich or powerful to have rights.

That was the idea, anyway.

But it sure is inconvenient to the corporate bottom line.

Corporations are not people, no matter what the US Supreme Court tries to tell us. And no amount of blatant, sponsored propaganda can hide the fact that Extraction Barons come in, buy our legislators, pollute our community,  increase the risks for us.

That’s right: Shiny little love-letters by lobbyists to the oil and gas industry do nothing to help this state or address the Resource Curse that keeps us so poor.

What reason, they must hope, would you have to care even if this small town and its long history were wiped off the face of the earth? If you think of us as dumb hillbillies, our rights will be easier to ignore. Meanwhile, folks like Manchin will essentially claim that we want the polluted water, while others will tell you we deserve it.

That’s the way they divide us.

Because if you begin to realize what the actual effect is on the people who are bearing this burden, they fear you’ll take up torches and pitchforks right along with us.

Here’s your invite: help us. Please.

How to Help Us

THAT IS WHY I’M RUNNING.

5 thoughts on “Generations in the Hills and Hollers”